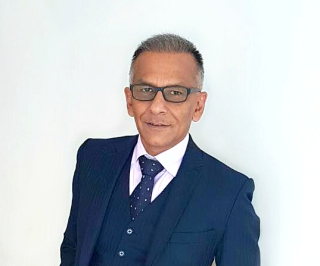 Trushar is the Managing Director of ACA Law Ltd and a solicitor with 22 years of advocacy experience in the Magistrates' Court and 12 years in the Crown Court as a higher Court advocate.

After graduating, Trushar completed his training contract at a leading London criminal law firm, during which he built a solid reputation as a highly efficient police station representative and criminal litigator. Shortly after qualifying as a solicitor in October 1995, Trushar conducted his first trial, a three-day Youth Court trial for violent disorder and grievous bodily harm in which he managed to secure an acquittal for the defendant. This was the first of a long list of successful outcomes achieved by Trushar. A few months later he was instructed on his first murder case, in which he challenged the forensic evidence pointing towards the defendant which resulted in the prosecution offering no evidence. From then on, Trushar developed both a passion as well as wide experience in all types of criminal law matters.

Having acquired a wide knowledge of family law and criminal law, Trushar decided to create his own firm, ACA Law Ltd. It was founded and set up in Kentish Town in November 1998. Since then, he has had conduct of an abundance of serious criminal matters from kidnapping to murder cases, including high value frauds, money laundering, high value drug trafficking and serious sexual offences, amongst others. In addition, Trushar has conducted gang related murder cases involving Operation Trident.

His extensive experience with fraud offences earned Trushar an admission to the elite Specialist Fraud Panel with supervisory status in 2002, having led a team of over 15 lawyers with conduct over three serious and complex fraud cases simultaneously. In the case of Serious Fraud Office (SFO) v R, Trushar represented a solicitor charged with 4 others (3 other lawyers and a finance broker) with an $80 million investment fraud. The other two cases concerned a multi-handed fraud against the NHS and a multi handed “car-ringing” gang perpetrating a complex fraud against the DVLA.

Trushar gained his higher Court advocacy rights in 2005 and since then has appeared regularly in the Crown Court. His successes include an acquittal in a serious firearms case and acquittal for two clients charged with facilitating unlawful immigration. Despite his familiarity with serious cases, Trushar professionally deals with any kind of criminal allegation. From a driving matter to a multiple murder case, Trushar pours his vast expertise and sensitive approach into every matter he conducts. He is widely experienced in other areas of law as well, such as personal injury and clinical negligence, and has conducted employment law advising both employers and employees. As the Managing Director of ACA Law Ltd, Trushar also supervises the family law and immigration departments of the firm.