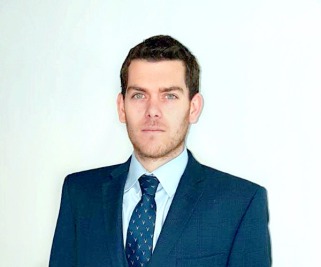 Michael is the Director of ACA Law Ltd and a solicitor with a broad experience in representation at the police station and Magistrates’ Court advocacy.

While studying his Law degree at Queen Mary University of London, Michael came to ACA Law as an intern for a 4-week work experience period during his summer break in 2006. This short time was enough for Michael to prove his will and aptitudes to become a successful criminal lawyer. He was so interested in the criminal law practice that he requested a further internship with ACA Law during his Christmas break in the final year of his degree. Michael’s enthusiasm, diligence and ability made it very easy for him to secure a full time position as a paralegal upon completion of his Legal Practice Course in June 2008. Within a very short period of time, Michael secured a training contract.

Michael completed his training contract in September 2010 and immediately set about making a name for himself. Within less than 6 months, as a fully qualified Solicitor, Michael had notched up 2 reported cases. In R v P, Michael challenged the decision of Greenwich Magistrates’ Court in a drink driving matter by successfully case stating the case at the Divisional Courts. Michael was also referred to a client serving a sentence for robbery and who had previously been advised by another firm that she had no grounds to appeal. Michael possesses an exceptional legal intuition that enabled him to see the angle to appeal the conviction successfully. The case is now often sited as a leading authority on identification evidence R v P.

After qualification, Michael threw himself into advocacy and representing defendants in serious matters at the police station. He demonstrated an ability to apply his astute understanding of Criminal Law to every matter with the confidence, vigour and determination expected from every advocate trained at ACA Law.

Since qualification, Michael has gone from strength to strength. He has developed an excellent reputation and regularly receives referrals in relation to the most serious and complex cases. Michael can boast successful defences in numerous serious cases including allegations of murder, attempted murder, high value drug trafficking, high value frauds, human trafficking, firearms and serious violence.

Apart from strong litigation and defence practice, Michael supervises and is involved in the training of other members of the team. Michael became a Director at ACA Law in December 2015.

Outside of work Michael is a passionate football fan. He is an Arsenal season ticket holder and lifelong fan originating from his family’s roots in Finsbury Park.